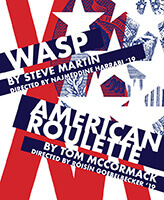 In Washington Hall on a casual Thursday night, I found myself flanked by swooning girls and rambunctious boys on either side of me as we all gazed in anticipation at the illuminated stage. Was Channing Tatum about to come out and start doing his Magic Mike routine? Or was someone about to break boards over their heads? Nope, not even close; it was just the annual Mr. ND competition, put on by Walsh Hall every year to support Joseph’s Academy in Chicago. This year’s event, in particular, was a very entertaining one, exceeding all expectations. Like in every competition, there were certain acts that stood out among the rest. First, there was the winner, Mr. Keenan, who showed off his ability to multitask by singing and lifting weights at the same time. Then, there was the tastiest, Mr. Siegfried, who displayed his outrageous cooking skills (and bared a striking resemblance to Will Ferrell). And finally, there was the cleanest, Mr. Dunne, who sang about how to wash away the pain of a broken heart. It’s just a shame that we all have to wait another year to see the finest men that Notre Dame has to offer.

This September marked the one-year anniversary of Homescapes, a spin-off game from the popular app Gardenscapes created by Playrix. We all have a game or app on our phones that we use to de-stress, procrastinate or distract ourselves in class, and Homescapes is definitely my go-to game. My friends have been known to say, “If Alina is holding her phone horizontally, she’s probably playing Homescapes.” For fans of the app Candy Crush and similar Match 3 mechanic type games, Homescapes is definitely something to check out! For those who are looking for more than simply puzzling entertainment, the app is also very unique in that it provides a storyline for the player to follow along and interact with. As you play and complete more levels, you win points that allow you to renovate a decrepit mansion. With tons of different options for furniture and interior design, the addicting style of gameplay and the soothing background music, Homescapes is a must-have game for anyone looking to try out a new one in their downtime between classes.

Welcome to Gardaland! From the moment you step foot inside this Italian theme park, you are immersed in a world like no other. Walking through the park, you travel through medieval times, an Arabian market, a Western American town and even past a black hole. The park is built directly on the shore of Italy’s largest lake, Lake Garda. Riding up any one of Gardaland’s collection of roller coasters provides a view of the park sprawling below and the lake glistening ahead — framed by the picturesque Italian Alps. Suddenly, you are snapped out of your daydream and the coaster carries you along a new adventure, diving into a black hole on Oblivion: The Black Hole, or rushing through a mine past wooly mammoths on Mammut. Each experience is family-friendly, offering something for every person to enjoy. A family favorite explores Atlantis on a boat plunging through the waves. Even more fantastical, a world of pirates awaits buried beneath the park, only accessed by descending through a pirate ship. Gardaland is a must-see for any person who finds themselves near Lake Garda and seeks a thrilling adventure.

The American Dream: Some people have it, some people want it and some people don’t believe it exists. In two one-act- plays, “WASP” by Steve Martin and Thomas McCormack’s “American Roulette,” Notre Dame performers explored the various flaws behind the image of a perfect America — an image we struggle to see throughout history and even today. The comedy “WASP” satirizes the perfect façade many people wear on a daily basis, depicting a family full of questionable morals, sanity and values. As the audience watched the various family members attempt to hide their issues under a couch, they were forced to reflect upon their own couches that hide things too insecure to be shared. “WASP” questions at what point the picture-perfect image costs too much. In a stark contrast, “American Roulette” had an unsettling and subtly chaotic feel to it as it explored the deeply disturbing effects of racial prejudice. The play depicted the impossibility of advancement when the odds are stacked against you. Reminiscent of “Black Mirror” episodes, “American Roulette” displayed a futile attempt to reach the American Dream, where nothing and everything was what it seemed. It’s the American Dream. What are you supposed to think about it?

At 11:30 p.m. on May 9, 1996, Jon Krakauer and his teammates set out from Camp 4 to ascend Mount Everest, a mountain both coveted and feared by those dedicated to the world of mountaineering. At 1:06 p.m. the next day, Krakauer and a few others would reach the world’s highest point after weeks of agony and perseverance. Unfortunately, pain quickly supplanted their euphoria, as the expedition would culminate in eight out of 12 deaths that occurred in the 1996 season, making it the deadliest season on record until 2014 and 2015. Masterfully crafted, the novel “Into Thin Air” is more than just a climbing narrative detailing the commercialization of Mount Everest. It is an examination of why mountaineers engage in such seemingly irrational adventures, exploring the morality of abandoning those who are as good as dead in order to save oneself and the ethics behind paying someone so little to risk so much. While Everest is no easy feat, you might just find yourself entertaining the possibility of climbing it someday upon finishing this epic and gut-wrenching book.