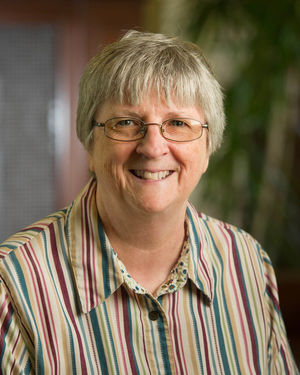 Sr. Mary Catherine McNamara, S.I.W., the beloved rector of Breen- Phillips Hall, passed away of a stroke on Wednesday, Feb. 7 at age 67. A Cleveland native, Sister Mary was appointed rector of BP in 2012.

“Sr. Mary had such a beautiful way of making all of us in the BP community feel valued and appreciated,” BP resident Emily Hirshorn said.

Sr. Mary was a Sister of the Incarnate Word and Blessed Sacrament. Her faith was an integral part of her time at Notre Dame.

“She always would start off BP Mass by thanking everyone for coming and honoring our community by choosing to come to BP Mass instead of all of the other wonderful Mass options on campus,” Hirshorn said. “And then she would share her customary joke of the week, which had some sort of creative connection to the gospel that day. Sister Mary was simply full of life and full of joy. I personally love puns and was so happy to share in that with Sr.”

Sr. Mary lived her life in pursuit of helping those around her and following God’s guidance. She held a bachelor’s degree from St. John’s College of Cleveland and a master’s degree in education from the University of Akron. She was a counselor on the congregation leadership team and assistant congregational leader. Sr. Mary was also elected to the Conference of Religious Leaders in the Diocese of Cleveland.

“My cousin, Erin, is a year older than me and is a member of the BP community as well,” BP resident Ally Cochran shared. “When she studied abroad in Germany during the fall of my sophomore year, Sister Mary used to see me in the hallway, ask how Erin was doing, and then ask me how excited I was to have her back on campus in a few short months. The fall semester of my junior year, I went abroad to Spain and Erin experienced the same questioning. These were the interactions that I always looked forward to when walking into Breen-Phillips Hall each day. I would purposefully walk past Sister Mary’s apartment and office on the first floor just in case her door was open and I could pop my head in to say ‘hello.’ I always felt a sense of joy and excitement when I ran into her and I left each interaction feeling loved and cared for.”

Sr. Mary’s funeral mass was held in Cleveland on Feb. 13 at Incarnate Word Chapel. She is buried at Calvary Cemetery nearby.

“I had the honor and the privilege of getting to attend Sr. Mary’s funeral with a group of other BP girls as well as almost all of the rectors,” Hirshorn said. “Being there with her family, members of her religious community and her Notre Dame family, I got to appreciate her multifaceted life and personality, and share in both storytelling and story receiving. We learned that serving as rector was Sr. Mary’s dream job.”

Breyan Tornifolio is currently serving as the rector of Breen-Phillips Hall and additionally serves as the director of residential life: rector recruitment, hiring and retention. She previously served as the rector of Pasquerilla East Hall (2006-2009) and the inaugural rector of Ryan Hall (2009-2013). Vice President of Student Affairs Erin Hoffman Harding has said the university will hire a permanent rector this spring.

As a new face is welcomed in BP, Sr. Mary’s memory remains close to its residents’ hearts.

“It is sad that sometimes presence is most noticed in light of absence,” Hirshorn said. “Looking back on my past three years in BP, I have come to realize her abiding and enduring presence both in our community and in our lives, indicated by her open door, ready to receive us should we come by … And, no matter how old or mature we thought we were getting as college students, she always pointed us back to childlike joy.”

“Due to her incredible leadership, the dorm truly became a family and a home,” Cochran said. “I will carry her legacy of love and laughter with me forever, living it with my life and passing it on to others as she would have wanted. She is already dearly missed.”