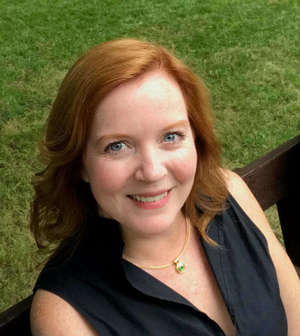 Professor Sophie White’s book, “Voices of the Enslaved: Love, Labor and Longing in French Louisiana” gives voice to individuals in colonial Louisiana, who otherwise had no outlet or representation during their lives. Most recently, White’s book won the Frederick Douglass Book Prize for the year’s best non-fiction book about slavery or abolition, which includes an award of $25,000.

“The enslaved were not always given access to testimony, not every court allowed that, but the French courts did and they recorded everything,” White, a professor of American studies at Notre Dame, said. “So you have someone testifying and they stray from what the questions are, to talk instead about what they want to talk about.”

White was drawn to this topic through an archive of slave testimonies from 18th century colonial Louisiana.

“I work on the colonial period so I see the roots of what we see today in terms of inequality and how far they go back,” White said. “One group of people has the decks stacked against them. Not being able to choose a partner, access to marriage, religious practice, language, the right to live with your partner, or even your own children. There are some fundamental rights we think of as American that weren’t allowed to one group.”

One particular story White discovered in her research stuck out to her, she said, because it paralleled current events.

“I have a court case in which an enslaved woman, Louison, is attacked by a drunken Frenchman. He wants to stab and kill her, and while he’s doing that, she still calls him sir!” White said. “That resonated with me in terms of the George Floyd case, because his brother, who has heard the tapes, talked about Floyd calling the officer ‘sir’ while the officer was kneeling on his neck.”

White emphasized the individuality of her subjects and the connections they have with modern movements.

“These stories speak for themselves. It’s about people and their treatment. None of this is abstract. That’s why the Black Lives Matter movement, and the phrase ‘Say Their Name’ resonates, because for me, writing this book is about individuals, about saying their names,” White said. “The more we step away from the purely abstract and remind people about what’s at stake, that these are individuals, that’s what matters.”

For White, these individual stories provide a glimpse into real human lives, versus statistics and numbers that can be less personal and impactful.

“We educate ourselves, we do the research, we understand where this long history of unfairness comes from, how it was set up,” White said. “There’s a further step which is to use that information to affect those who do not know or want to dismiss that story, touch them.”

White called upon the conclusion of her book to summarize why her research is so important and worth reading.

“These courtroom narratives lift these individuals from anonymity, even as their stories underscore the heart-wrenching banality of the violence of slavery. Here were real people who lived full lives,” she said. “We are the richer for having encountered them, however fleetingly, and whenever they did have the opportunity to speak and have their words recorded, we surely owe it to them to listen and to try to hear.’”

She reflected on her research about enslaved narratives in the context of Black History Month, drawing on her background in American studies to shed light on the whitewashed version of history the United States tells.

“Black history is central to the history of the U.S., and it’s surprising that it can be treated as anything but central — that’s the surprise, that we could have had so much time not thinking of Black history in the context of American history.”

White’s book highlights the connection between individual stories and the larger picture of the Black experience in America. In addition to the Frederick Douglass Book Prize, White received six other awards. Almost 70 books competed for the prize of over $25,000. She credits the reader’s ability to strongly empathize with the characters, who could express themselves in a manner not often afforded to enslaved individuals in colonial America.  She is grateful to amplify their voices for the public’s education.

“They’re not perfect sources, but we need to listen to what they’re saying. They talk about violence and the work they do. They also talk about love, their relationships, their longing for loved ones and their emotions, and I think that is such precious information."