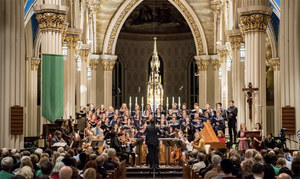 "I hate California. I want to go to the East Coast. I want to go where culture is like New York. Or at least Connecticut or New Hampshire, where writers live in the woods.” This quote from Christine “Lady Bird” McPherson, played by Saoirse Ronan, encapsulates the inherent angst, outspokenness and rich fantasy life that so accurately reflect the mindset of young women across the United States and relentlessly drives the plot of the film “Lady Bird.” In many ways a coming-of-age film, “Lady Bird” — written and directed by Greta Gerwig — offers unique insight into the turbulence of adolescence and the constant bittersweet struggle between mother and daughter. The film has since been nominated for several Academy Awards, including best picture, best actress (Ronan), best supporting actress (Laurie Metcalf), best director (Gerwig) and best original screenplay (Gerwig).

“I’m tempted to catalog the six different ways the ending can make you cry. I’ll settle for one: the bittersweet feeling of having watched someone grow in front of your eyes, into a different and in some ways improved version of herself,” New York Times critic A.O. Scott writes of the movie. “Or to put it another way, even though Lady Bird will never be perfect, ‘Lady Bird’ is.”

The film ends in New York City, a realization of Lady Bird’s wildest dreams, where after a night of partying and weeks of estrangement from her strong-willed mother, the college freshman goes to Mass, a symbol of the enduring love and sentimentality she has for Sacramento, her home and her roots. It is at this Mass that the music of the Notre Dame Folk Choir makes its film debut.

“It was pretty surreal to find out that the Folk Choir was included in such a fantastic movie,” Folk Choir president Liam Maher said. “As our song came on, I couldn’t help but be proud of the many people who had come before us who made this group as fantastic as it is. It took a lot of hard work, determination and faith to produce the ensemble we are today.”

“‘Rosa Mystica’ is a staple of Folk Choir tradition — we sing it every chance we get,” Maher says. “We usually end our annual dance by singing it together, we sing it every Christmas season, at weddings, on tours, and sometimes just at impromptu times when we’re all together having fun.”

The song can be heard through World Library Publications, which holds the copyright of the performance, and on the official “Lady Bird” soundtrack. Maher offered hope for the group going forward.

“As a musician, it is so hard to get recognition at this level,” Maher said. “We’ve really been trying to diversify our repertoire, reaching across classical, folk, jazz, contemporary and new music. I’m hoping it will bring attetion to the fantastic work this group has been doing for years.”