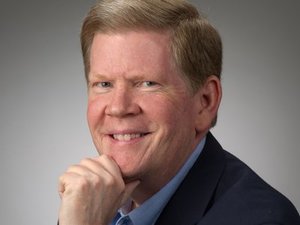 The 2016 race is a fascinating case study because it has been so unique. Part of the reason for this unusual election cycle has been the presence of outsider candidates, including the Republican frontrunner, Donald Trump, who has now captured 460 delegates, nearly 100 delegates more than the next highest total.

“I think we have to recalibrate all of our political thinking these days and conventional wisdom does not apply when one is talking about Donald J. Trump,” says Bob Schmuhl, the Walter H. Annenberg-Edmund P. Joyce Chair in American Studies and Journalism at Notre Dame. Schmuhl is also an author and political contributor to multiple national publications.

The Republican field can now be classified as a two-horse race between real estate mogul Donald Trump and Sen. Ted Cruz. According to Schmuhl, Trump has been the beneficiary of a polarized and segmented Republican field. Schmuhl noted that Trump has kept a consistent base of support of about one-third of the Republican electorate, while the remaining percentage of votes has been split among the remainder of the field. Schmuhl attributes Trump’s lead to a distinct and novel approach to political maneuvering, which has been refreshing to his supporters.

“When you think about it, Donald Trump has been underestimated and misread right from the very beginning,” Schmuhl says. “His ability as a celebrity, a communicator and as an entertainer has helped him receive an inordinate amount of attention throughout the time that he has been running.”

Throughout 2015, Trump received an exorbitant amount of media attention, propelling his candidacy to the top of the GOP pack. In fact, according to Schmuhl, Trump has received more media attention than all of the Democratic Party’s presidential candidates combined.

“When he receives the attention and there are so many other candidates, he benefits, and it is difficult now to see someone with the ability to stop him from the nomination,” Schmuhl says.

During the Feb. 25 CNN Republican debate, Marco Rubio combated with Trump in an attempt to derail his momentum. Rubio questioned Trump’s record as a conservative, and tried to offer an alternative to Trump’s rhetoric with more tangible plans for presidential governance. This strategy intends to shift the current polling landscape, although Schmuhl questions engaging in this activity.

“If you take on Donald Trump, you had better wear an asbestos suit because his flame throwing is going to be just as much as anyone can give or probably more,” Schmuhl says. “All you have to do is look at Jeb Bush and Rick Perry and go down the line. Almost everybody who has been in his way has been shoved to the side and in many cases they haven’t been able to continue.”

Trump is a trailblazer in the political process. An anti-party candidate, he has aligned with both conservative and liberal principles. He is a proponent of universal healthcare and has defended Planned Parenthood for certain functions.

“[Trump] might be the first truly independent president that the United State has had,” Schmuhl says. “He’s not a creature of the Republican Party. He’s using it to his advantage. When he was in business, he was as much of a Democrat as he was a Republican. [The presidency] would indeed be the test of the so-called dealmaker.

Schmuhl believes that Trump has become a product of the frustrations of the electorate. A segment of Republican voters are displeased with traditional public officials who represent them.

“Trump is a reflection of the civil war that is currently taking place in the Republican Party. There are so many warring factions within it,” Schmuhl says.

As the GOP continues try to find a way to rally around an identity and unite, Trump has generated his own segment of support with a new set of beliefs. Trump has encountered much backlash from his rhetoric during interviews and campaign rallies, but his voting support has remained steady since the New Hampshire primary.

Schmuhl says that Trump’s support largely is constituted by poorer, less educated American voters who have become discouraged workers in a period of slow growth in the U.S. economy. Schmuhl also acknowledged the emotional appeal of Trump’s message and a relevant comparison to Ronald Reagan’s campaign approach.

“He speaks with authority in very gross generalities and a slogan like ‘Make America Great Again’ is interesting because it is both nostalgic and future-oriented,” Schmuhl says. “People will say he’s as Teflon as Ronald Reagan…the two of them have emotional echoes to what they’re saying that tap into some very basic American ideas. Progress, next generation will be better, we are the city on the hill, all of that. All of that was part of Reagan.”

Trump has created an entirely distinct election cycle, unique from any other term in the modern era, as he has literally changed the game of modern-day politics. While the rumblings about the GOP establishment hoping for transformational results in favor of other candidates in the upcoming primaries persist, Trump seeks to build an arsenal of support that transcends previously established party lines.