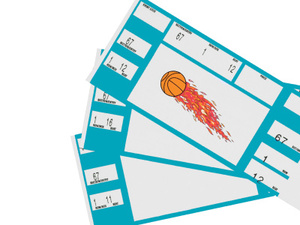 Beginning in 2015-16, all regular season home hockey and basketball student tickets are free of charge. The Leprechaun Legion emailed the student body with an announcement on Oct. 7 detailing the development.

Attached to the email was a letter signed by Irish men’s basketball head coach Mike Brey and hockey head coach Jeff Jackson. The letter explained the decision as an expression of gratitude by the Notre Dame Athletic Department for students’ support of the two programs.

The tickets must be requested during intervals between games and are not guaranteed to every student. The windows to request tickets typically open two weeks prior to each game, and the tickets can be sent via email to mobile devices. If students fail to request tickets prior to the windows closing, they can purchase a student ticket from the Athletic Department’s ticket office for $10.

The Irish men’s basketball squad is entering this season on the heels of a 32-6 record, an ACC Tournament Championship and an unprecedented Elite Eight appearance under Brey. The Irish are ranked No. 19 in the preseason AP Top 25.

Jackson’s Irish hockey team is 4-2-2 in the early portion of the season and has earned as high as a No. 18 national ranking in the most recent polls. Notre Dame is entering its third season in the Hockey East after failing to reach the NCAA Tournament a season ago.