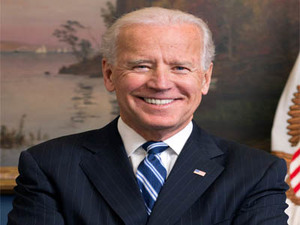 The University of Notre Dame has received a mixed response among Catholics to its decision to present Vice President Joe Biden and former Speaker of the House John Boehner with the 2016 Laetare Medal.

The decision was announced March 5 through Notre Dame’s Facebook page, and the award will be presented to the recipients at the university’s 171st Commencement Ceremony on May 15.

The Laetare Medal is considered by many to be the oldest and most prestigious honor for American Catholics and is given annually by Notre Dame to a Catholic who has contributed to the arts and sciences in a way that advances the ideals of the Catholic Church.

“We live in a toxic political environment where poisonous invective and partisan gamesmanship pass for political leadership,” Jenkins says. “Public confidence in government is at historic lows and cynicism is high. It is a good time to remind ourselves what lives dedicated to genuine public service in politics look like. We find it in the lives of Vice President Biden and Speaker Boehner.”

“In recognizing both men, Notre Dame is not endorsing the policy positions of either, but celebrating two lives dedicated to keeping our democratic institutions working for the common good through dialogue focused on the issues and responsible compromise.”

Bishop Kevin C. Rhoades of Fort Wayne-South Bend disagreed with Jenkins and expressed his disappointment in the university’s decision.

“In dialogue with Father Jenkins about this matter some months ago, I shared with him my concerns with honoring the Vice President,” the bishop says. “I believe it is wrong for Notre Dame to honor any ‘pro-choice’ public official with the Laetare Medal, even if he or she has other positive accomplishments in public service, since direct abortion is gravely contrary to the natural law and violates a very fundamental principle of Catholic moral and social teaching: the inalienable right to life of every innocent human being from the moment of conception.”

Many Notre Dame students from freshmen to seniors seemed to agree with the bishop’s sentiments in a letter published in The Observer on behalf of 89 students.

“Most would agree the tone of our politics could be improved, but Fr. Jenkins’ call for civility is a mistaken basis upon which to decide who is worthy of the Laetare Medal,” the letter reads. “By awarding the Laetare Medal to Biden and Boehner, the University discredits the award, which ought to honor an American Catholic for service to the Church and society rather than make a point about the character of political dialogue.”

While much of the criticism directed toward the decision was centered around Biden in particular, many Catholics were unhappy with the decision to present Boehner with the award as well.

Some believe Boehner’s stances on subjects like the environment, death penalty, immigration, and concern for the poor contradict the teachings of Pope Francis and the Catholic Church. Others feel Notre Dame should avoid honoring politicians all-together.

Regardless of the opinions of Catholics and those affiliated with Notre Dame across the country, it is the seniors of the 2016 graduating class that will have the award presented at their commencement. Senior Michael Vaclav stood by the university’s decision.

“I believe that Father Jenkins’ sentiment regarding the poisonous and partisan atmosphere of American politics is accurate, and that recognizing the work of these two men from opposite sides of the aisle is an excellent way to remind everyone of the humanity of the people involved in politics,” Vaclav says. “Whether or not the Laetare Medal is the appropriate platform with which to make such a political statement is another matter that is certainly up for debate.”

Senior Luke Wajrowski agrees with Bishop Rhoades. “I do not think that the aims of the medal, of awarding outstanding ‘service to the Church,’ match the reality of the recipient Joe Biden,” he says. “Biden, specifically, has persistently defied the teachings of the Church by endorsing legislation that contradicts with Church teachings and applauding Roe v. Wade during his time as a Senator.”

Senior Alex McFall criticized the nature of the debate altogether.

“I feel that those with some of the strongest, loudest and least refined opinions about the awarding of the medals come from those who have little to no connection to the University or the commencement,” McFall says. “I also find it ironic that the criticism of the medal is largely divided among partisan lines, which is completely antithetical to the message Notre Dame is trying to support. Ultimately, this should be a nonpartisan, informed conversation the class of 2016 has with the University.”

The university has given no indication that it will deviate from its decision.