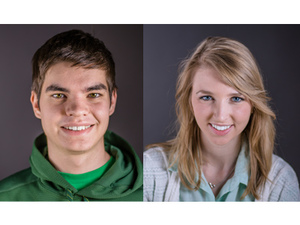 The 2015 Notre Dame football team seemed to be following an all too familiar path.

Last year, we wrote this letter lamenting the loss of a once-promising season by the 2014 Fighting Irish. That team started its season 6-0 before losing an unforgettable heartbreaker at the hands of the No. 1 Florida State Seminoles. That loss and a rash of injuries sent the team into an inescapable tailspin that culminated in a highly disappointing 8-5 season.

This season, Notre Dame looked similarly dominant early on as the team averaged 41 points a game en route to a 4-0 start. And just like last year, the Irish finally met their match on the road, this team against eventual College Football Playoff runner-up Clemson Tigers. The failed goal line attempt to end the game was cruelly reminiscent of the 2014 season’s path.

But then, Brian Kelly’s group diverted from the well-worn road.

They reeled off six straight victories before falling to the Stanford Cardinal in the season finale and the defending national champion Ohio State Buckeyes in the Fiesta Bowl.

It’s hard to say exactly how Irish fans should feel about this season.

On one hand, this Notre Dame team was perhaps the most talented of the Brian Kelly era. ESPN’s Todd McShay noted before the Clemson game that Notre Dame had 10 players ranked among the top 150 NFL prospects, while Clemson had none. Losing that game due to a slew of careless turnovers and poor game management is nothing to brag about.

Against Stanford, Notre Dame was in position to win the game and put forth a strong bid for a spot in the College Football Playoff. But Brian Van Gorder’s defense played a baffling prevent defense and allowed the Cardinal to march downfield all too easily for the game-winning field goal.

So there’s really nothing to be proud of.

This team also fought off season-ending injuries to its starting running back in the first game of the season and its starting quarterback in the second, along with a bevy of other ailments that plagued some of its most important players. DeShone Kizer and Will Fuller showed poise and maturity while delivering heart-stopping victories over Virginia and Temple with late touchdown passes.

Ultimately, the 2015 Fighting Irish fell short of their goals. But they came much closer to reaching them than last year’s team, and Brian Kelly and his staff can take some much-needed momentum into the offseason.

In this Scholastic issue devoted entirely to the 2015 football season, we recap every single game, dive deep into into some of the biggest storylines from the season and look ahead to 2016.

We at Scholastic loved covering this action-packed season with you, and we’re proud to bring you this issue. Neither of our sports editors have declared for the 2016 Journalism Draft, so we can’t wait to be right back here next year celebrating Notre Dame’s 12th national championship.