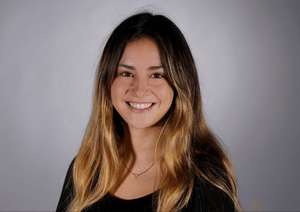 This season, the echoes of Notre Dame took on a literal meaning.

A usually raucous stadium atmosphere was muted this year, as 11,000 fans sought to simulate the energy of 80,000. The limited capacity was one of many restrictions brought about by the ongoing COVID-19 pandemic, restrictions that went far beyond the stands and permeated classrooms, dorms and locker rooms.

The football program tested players multiple times per week in an effort to contain the virus and prevent an outbreak, an effort that was largely successful. The exception came as a slew of positive tests the week after the South Florida game, prompting the cancellation of the Wake Forest matchup.

Clearly, it took extensive efforts for the Irish to make it on the field every week, but when they did, the limited crowd in Notre Dame Stadium was witness to the best Notre Dame football team in recent history. It was the first Notre Dame football team to play in a conference, making it also the first Irish team to compete for the ACC Championship. And, despite a loss to Clemson in that conference title game, the Irish appeared in their second College Football Playoff in three years — this time in a Rose Bowl that had been relocated to Arlington, a move supported by Brian Kelly since it allowed players’ families to attend. The Irish fell to Alabama in the Arlington Rose Bowl, their second consecutive loss after an undefeated regular season.

That regular season résumé included a double-overtime victory over then-No. 1 Clemson, marking Notre Dame’s first win over a top-ranked team since 1993. Ian Book became the winningest quarterback in program history, Kyren Williams became Notre Dame’s lead running back, and the star-studded offensive line created opportunities for both of them. On the other side of the ball, Jeremiah Owusu-Koramoah continued to showcase a skillset that will likely get his name called early in the NFL Draft, and Kyle Hamilton reminded Irish fans why they’re glad he’s not yet draft-eligible.

And, all of that was done under an umbrella of rules and regulations in place to stave off the pandemic raging outside the quasi-bubble of Notre Dame football.

For many reasons, this was a unique season to document. We hope you enjoy the 2020 season’s Scholastic Football Review.