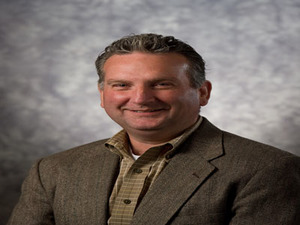 On Sunday, May 1, students buried deep in preparation for final exams will have the opportunity to partake in a particularly memorable study break: pelting water balloons at Professor Michael Meyer, an associate professional specialist in the Mendoza College of Business.

Meyer will be walking a total of 30 miles around campus that day to raise money to build a well in Burkina Faso. It will be his second year doing so; last year, Meyer’s efforts earned over $5,000 in donations, enough to build two and a half wells.

Why did you decide to start walking for Burkina Faso?

It started at church. A 12-year-old girl came up and got in front of everybody and said, “Listen, I raised $2,000 for a well in Burkina Faso.” Huh! That’s something. I didn’t even know what Burkina Faso was. Driving home with my wife, I said we should do something. If a 12-year-old girl could raise $2,000, then we could. Then we’d been talking about doing something as a family for a while, and the next year my daughters, who were 7, said, “Rather than collecting presents for our birthday, we’ll just collect money for wells.” I was like, “Well, that’s really nice. You’re 7, and you’re doing more than I have. You’re actually sacrificing stuff.” And my 5-year-old, when it was time for her to do her birthday, said she wanted to do the same thing. “Ok, so if you guys can do this, I should do something.”

When you start learning about what’s going on over in Burkina Faso, these people have to walk two, three miles one way just to get water, and the water they get is dirty, and then they have to carry the water back. So I thought, “I can do a walk.”

At the same time, I wanted the student body involved. I think it would be a lot more meaningful — rather than just me putting down $2,000 — [to] get students to give a dollar, or whatever change they had. Most people say, “Well, a dollar doesn’t mean anything.” Except when you start combining them, then you’ve got a lot. And then you could actually change the whole trajectory of a village in very short order.

Do you think that there’s a way that business majors can use their skills toward philanthropy?

Our motto here is using business for good. I think the profit motive tends to get people out of bad conditions. Our natural inclination is to want to do better for ourselves, to want to do better for our family and for future generations, and if you could build that into a model to help people, then you’re better off. If you want to make a difference, start a company, hire people, train them to a skill; that’s going to take them out of poverty and begin to put into motion this idea that they can do better for themselves. To me, that’s the power of what business can do. It’s not, “go to Wall Street, make a billion dollars and step on people’s throats.” It’s, “you’re given this opportunity, and you then need to give back.”

It’s OK to go make money, but it’s what you do with that money that’s important. Your responsibility is to the public.

Do you have any advice for students who want to get involved with philanthropy?

I think something you always get confronted with when you want to do something is [that] a lot of people say, “I can’t make a difference.” You can’t solve the problem. I’m not going to solve the water problem in equatorial Africa, not even for Burkina Faso. But just because you can’t solve the whole problem doesn’t mean you can’t try to solve some of the problem for some people. So maybe a village gets water that didn’t always have water. You can be like, “That’s not a big enough difference,” but it’s a start. You can start making the change now, do whatever you can … whatever your passion is. I know this little walk isn’t going to solve water problems. But it’s going to help, and that’s good enough.