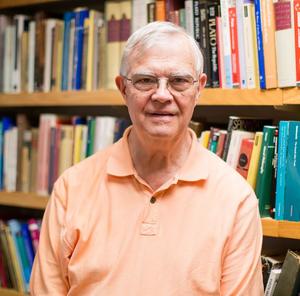 A Notre Dame Endowed Chair in Philosophy is conducting a series of interviews about religion for The New York Times’ philosophy section and teaches two honors philosophy seminars.

Many of the Catholic Church’s policies are not in line with the standard views of young people in America. Do you believe these policies drive young people away? What can the Church do to welcome young people?

I think the Church needs to give up the idea that the hierarchy defines the truth for Catholics. Bishops and other priests do have an obligation to see that Catholics are aware of the rich tradition of religious thought and practice they are heir to. But the hierarchy should not set itself up as the sole or even primary interpreter of the tradition. To be a Catholic is to accept that tradition as a framework for thinking and acting. But within that framework there is far more room for a different ways of thinking and acting than current “official” teachings allow. The Church needs to see itself more as a community in which everyone — clergy and laity — is seeking the truth and less as a community in which the laity passively receive the truth from the clergy.

Some see Pope Francis as a mouthpiece for tolerance in the Catholic Church. Out of the many discussions he has recently brought to global attention, which are you most excited about?

So far, the Pope’s words and actions have been very encouraging. But none of this will mean much unless he decisively breaks with doctrines that are not defensible; for example, unless he acknowledges that the birth control practiced by so many Catholics is not immoral, that homosexual acts are not as such wrong, and that women can and should be ordained priests.

Glancing at the front page of any newspaper, it’s hard to get away from headlines about religious violence. In your opinion, what is it about religion that creates these passionate, often violent, conflicts? I don’t think there’s anything about religion as such that leads to violence. Humans, especially in groups, have a tendency to violence, and, since we are driven by ideas as well as feelings, we want some sort of intellectual justification for killing people. Any set of ideas about what is hugely important — religions, political ideologies, ethical convictions, theories of history — can provide the needed justification.