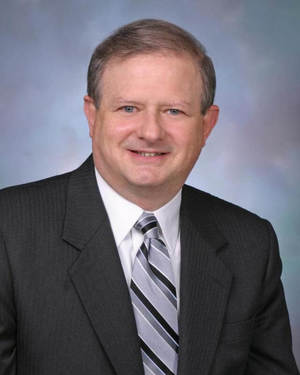 What is your connection to the university?

My oldest son, Brian, went to Notre Dame, and in [1995], the summer after his freshman year, he was home. He went out on a rainy night with one of his friends, and was just going from our house over to his friend’s house. The other driver had a brand-new license and he didn’t really know how to drive on a rainy, curvy country road. He lost control of the car, hit Brian and Brian slammed sideways into a tree. Brian never had another conscious moment and died after a couple days. Notre Dame leapt to my aid; Father Rocca and Father Burtchaell both learned what had happened and came to be with our family in Virginia. They helped get four of Brian’s closest friends out here. It changed the relationship: when the school embraced my family like that, it was a very special thing.

Could you expand more on how the university made you feel embraced?

A poem about Brian was written by one of his friends in Morrissey, and was based on a bunch of letters that kids who knew Brian wrote. Morrissey invited the family out to campus that spring, held a fundraiser and planted a tree in Brian’s honor.

How did this accident lead to the creation of Notre Dame’s robotic football program?

Brian had this big folder, and I found a sketch of a robotic quarterback inside. I just chuckled, but my brain was processing it, like, Notre Dame wants to build up their robotics chops: what if you could play robotic football? Where else would you want to play it than under the Golden Dome? We had the opportunity to pitch our idea to the mechanical engineering senior design students. The competition would be an open- ended one, but centered on American-style football. We had three sets of students. In the spring they built three projects: a running back, quarterback and wide receiver. The professors loved the results and said, “Next year we’re going to support your project and have everyone in the class do the project. To cap off the project we’re going to have a game between the two teams.” The students got energized by the competition and built two really good teams.

How did this senior design project transition into a club that competes against other schools on a regular basis?

There were no longer enough students interested from the senior design pool to keep a team together. We thought that making it multi-year would help, and that it would make it more multidisciplinary. The intent here is quite serious, this is not a small- time project. Notre Dame is taking on a big idea here.