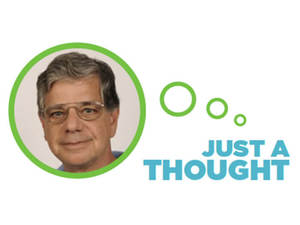 Professor of Russian Thomas Marullo has taught at Notre Dame for over 40 years. He also conducts research analyzing Dostoevsky’s early and late works. He just released a book on Netochka Nezvanova and is currently writing another about religious questions within “The Brothers Karamazov,” with Alyosha Karamazov in the forefront.

What made you want to pursue/study Russian as a career?

“My first degree was mathematics, and in those days, people who were in the sciences were encouraged to take Russian. So I took Russian and the first year, two years, I didn’t like it — it was tough. But then ... between my junior and senior years I was sent to the Soviet Union. I was 20 years old. I was one of the first undergraduate groups to go to the Soviet Union. It was six weeks, we went all over. We went to Moscow, Novgorod, Sochi and then, right then and there, I knew I wanted to do this.”

What do you enjoy most about class?

“Introducing students to Russia. Russia is such a fascinating place but ... it’s a complex place [with] so much fear and suspicion from the legacy of the Cold War. And it’s new and different to American students, showing them everything about Russia — literature, language, culture and the contributions that the Russians have made to world culture and society.”

Why should students study Russian?

“Russia is making a comeback. Russia is in the news every day. During the Cold War when I started Russian, it was Russia, Russia, every day, every day — it’s exactly the same now. They are saying they meddled in our elections, they are going to meddle in the midterm elections. Russia is back as a presence. Putin is putting Russia back on the map after 20 years when they were down and out.”

You’ve mentioned you’ve traveled to Russia, what is one of the best and worst memories you have of the country?

“Russians were very gracious, very generous, they took care of me, they fed me … Life was tough over there, they had long lines for food, but it was fascinating. I was there for a good two and a half, three years in various tours of the old Soviet Union and it was something wild. We lived in the only dormitory in Russia where Americans and Russians lived side by side. In Moscow the Americans were all by themselves, in the “Amerikanskaya Zona” but in Leningrad, former St. Petersburg, the housing situation was so tight they had no choice but to have Russians and Americans as roommates. It was fabulous. Despite life being hard for the population, the Russians were gracious, loving and everyone took care of me. I wanted to learn, and Russia let me in.”