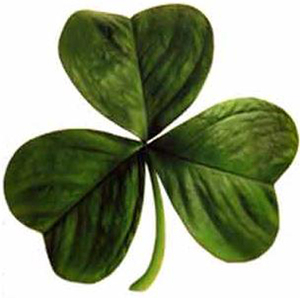 Ethnic team name controversies are nothing new. People have been protesting since the 1940s, when the National Congress of American Indians began a campaign against tribal mascots. In that 70-plus-year span, the “Fighting Irish” of the University of Notre Dame have stayed out of the fight.

“We have not gotten information from any group that represents Irish or (anyone of) Irish ancestry ... that they believe that image is hostile and/or abusive,” Charlotte Westerhaus, NCAA vice president for diversity and inclusion, says.

What makes the Fighting Irish different? Why do we cringe at old ads for Aunt Jemima pancakes but smile at the Lucky Charms leprechaun? Many would say — like Supreme Court Justice Potter Stewart defined pornography — an offensive nickname is hard to define, but “I know it when I see it.”

In August of 2005, the NCAA ruled that it would not tolerate “hostile and abusive racial/ethnic/national origin mascots, nicknames or imagery” at any of its postseason tournaments. A team with “fighting” in its nickname seems to fit the “hostile” part of the definition, and “Irish” is certainly a “national origin,” so its only redemption may be that no one has complained. But why is that?

There are a few arguments for why “Fighting Irish” doesn’t offend. Here’s how they stack up.

It’s a country, not a racial slur. Weak argument.

This distinguishes between the Fighting Irish and the Washington Redskins. “Redskin” is considered a racially offensive description of Native Americans based on their perceived skin color, whereas Irish is an impartial description of a person from Ireland.

This is where the University of North Dakota “Fighting Sioux” get in trouble. “Sioux” is a French interpretation of an Ojibwa name for snake or devil, and many Natives find this term offensive. The nickname was dropped in 2012.

The mascot is a mythical creature, not a real person. Eh.

A 2005 American Psychological Association study showed Native American children’s self esteem takes a beating if they grow up around tribal mascots. Irish kids don’t have this problem because a leprechaun is an imaginary creature, not meant to impersonate them, right?

A caricature poses its own problems. Notre Dame students are advised not to wear images of Notre Dame’s tiny but hyper-aggressive leprechaun, the words “Fighting Irish” or Kelly green when studying abroad in Northern Ireland because Northern Irish citizens may take it as a political statement. The area is peaceful now, but just decades ago it was locked in a violent conflict that killed over 3,600 people.

In Northern Ireland, they see a “Fighting” leprechaun, fists raised and teeth gritted, in a darker light. In Indiana, we don’t notice the same bleak undertones.

School traditions reference a culture, not a religion. Better.

ND students dance a messy jig in the stands on game day, an imitation of Irish dance. Many would see that as abusing the nationality.

But a jig is culture, not religion. To compare it to Native American teams, feather headdresses are part of a religion, but shamrocks and dancing are not.

If our mascot were a priest or nun, for example, that would be cause for controversy. Notre Dame banned Stanford from its campus in 1991 when their drum major dressed as a nun and conducted the band with a wooden cross instead of a baton.

It’s a prideful self-identifier. Spot on.

The NCAA grants waivers to schools, like the Florida State Seminoles, with mascot names that refer to a particular Native nation as long as the school gets permission from that nation and works continuously with them, making sure the images honor the tribe. The idea is that if the ethnic nickname comes from the group itself, it implies pride, not prejudice.

Notre Dame is a Catholic university with renowned Irish Studies programs. Class rosters are loaded with “Mc-” and “O-” names. Irish ties are strong enough that it’s just an honest way to identify.

And this self-branding creates a positive sentiment.

The Irish have overcome a lot. When they first came to America, discrimination against them was normal, even legally codified.

UND.com says the school’s team name used to be the “Catholics.” The nickname “Fighting Irish” likely began as a taunting expression, but the school took ownership, in the same way the LGBTQ community has taken the word “queer,” previously a slur, and turned it into a rallying cry.

People wind themselves up in logical curlicues to defend their team’s ethnic nickname, citing reasons like, “I grew up with it” or “we mean well,” and many fans cite Notre Dame as a logical inconsistency within NCAA rules.

But even more important than the logic is the name’s reception. In the end, the most important factor is how the name makes that group feel.

So far, no one has complained. Of course, there was a time when no one had formally objected to the Washington Redskins. Perceptions change.

But I would be surprised to see a formal objection to the “Fighting Irish” any time soon. Unlike some team names, which reduce ethnic groups to a trite, irrelevant tagline, our nickname’s sentiment is deep, complex, even inspiring.

In a 1953 essay, Charles M. Carey C.S.C. said it better than I could. He writes, “Fighting Irish” is “a badge of honor ­— a symbol of fidelity and courage to everyone who suffers from discrimination; to everyone who has an uphill fight for the elemental decencies, and the basic Christian principles woven into the texture of our nation.”

This story appeared in the October 9, 2014 issue of Scholastic.