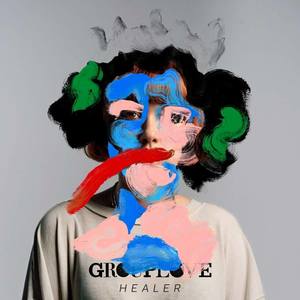 If there’s one artist you don’t know well enough, it’s Grouplove. The band’s feel-good anthem “Tongue Tied” is one of the most recognizable songs of the decade and was probably played at your prom. But if your music tastes seldom stray from the U.S. Top 40, you’ve been missing out since 2011. Never fear, though, because it’s not too late: “Healer,” Grouplove’s fourth studio album, dropped on March 13.

According to their Spotify page, Grouplove calls “Healer” a collection of their “most visceral and cathartic songs to date.” The album blends all that gives Grouplove its identity.

Take “Deleter,” Track No. 1. The band sets the mood for the album with a fast-paced, upbeat foot-tapper. The catchy chorus and easy harmonies make it the perfect song for a solo dance party in your bedroom. Further into the album, the quirky “Youth” has a different sound entirely, with a beat and vocals akin to Prince’s 2014 album “Art Official Age.”

The album slows down for the emotional “Places,” built on a slow guitar plucking pattern and frontman Zucconi’s signature falsetto that builds to choral singing and orchestral strings. Fans of Coldplay’s older, more somber repertoire will gravitate towards this song.

The album concludes with the echoing, harmonic strums of “This is Everything.” The song rolls to the pace of “Knockin’ on Heaven’s Door,” but sounds more like a creation of Rex Orange County or Notre Dame’s own band, Home Remedy. The diversity of sound and emotion in “Healer” makes it a satisfying, if anachronistic, survey of Grouplove’s work.