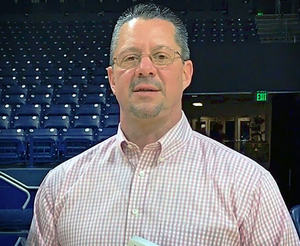 There was no easy way for Notre Dame football to dig itself out of a 4-8 season.

As a disgruntled fandom denounced Brian Kelly — proposing his firing with a local billboard spelling out the demise of Notre Dame football under his leadership — University Vice President/Director of Athletics Jack Swarbrick, also the target of unhappy Fighting Irish followers, heeded the call.

Swarbrick chose an unusual path in an era when head coaches are systematically dismissed when failure strikes. He orchestrated sweeping change. But he kept his head coach.

“We had a decision to make at the end of last year,” said Swarbrick to Irish Illustrated in July. “We made a decision to go long.”

By “long,” Swarbrick meant that the university made a greater commitment to Kelly.

Kelly had to undergo changes as well. Significant changes.

“The biggest difference with Coach Kelly was the connection to our football team,” said two-time Irish captain Mike McGlinchey. “In years previously, there were [too] many responsibilities of the Notre Dame coach that took him away from what he truly wants to do, which is coach his football team.

“We had a really rough year [in 2016],” McGlinchey added. “In our meetings with Coach Kelly, we harped on ‘you need to be around more, you need to be with us more, and you need to know what our team’s about.’”

“He took accountability,” McGlinchey continued. “He knew it started with him, and the hires he made infiltrated throughout our entire football team. His decisions changed our culture and changed the way we went about our business, which accumulated into a lot of success.”

The glow of a Citrus Bowl victory over LSU — Notre Dame’s first Jan. 1 bowl victory in 24 years — faded within 72 hours when Notre Dame bowed out of a bidding war for Elko with Texas A&M. Still, Notre Dame’s early-season dominance and eight-game playoff run was a significant step.

“You can’t attract the people that we attracted if they’re worried that it’s a one-year experiment,” Swarbrick said. “We’re looking for progress. We want[ed] to be better this year, but [also] clearly see a trajectory of getting back to national championship contention.”

The first two months of the season validated Swarbrick’s confidence. After falling to eventual playoff team Georgia by a point in Notre Dame Stadium, the Irish went on a seven-game winning streak to raise their record to 8-1.

They left top 25s Michigan State, Southern California and North Carolina State in a heap, defeating them by a combined 76 points.

The November swoon that had earmarked Kelly’s teams from 2013-16 continued. Notre Dame was blown out at Miami and let a fourth-quarter lead at Stanford slip away.

But this was a dominant Notre Dame football team at times, surging to the forefront of the college football playoff speculation heading into the second weekend of November.

Notre Dame clearly is in a more advantageous spot with a physical running game and a defense that was trending positively until the news of Elko’s departure.

“Our goal [was] to get [Kelly] in a CEO role where he can look over the whole program because that’s among his greatest strengths,” Swarbrick said. “He can contribute across the board if he doesn’t get pulled into one area. It allows him to focus on strategy in the broad sense.”

With the assistance of Dr. Amber Selking, who “helps individuals, teams and organizations build championship mindsets,” Kelly leaned heavily on his five “traits of excellence” — 1) attention to detail, 2) laser focus, 3) attitude, 4) (be) smart and 5) grit.

The mantra gained legs with a one-for-the-ages one-two punch at left tackle/left guard, a running back on a Heisman Trophy push and a vastly-improved defense over the one that had regularly allowed points by the dozens.

By embracing change on its terms, Notre Dame pointed Irish football in a new, positive direction. Can they maintain the momentum?

Momentum from one year to the next has been rare in Notre Dame football. Only Charlie Weis managed back-to-back seasons of three losses or less (2005-06) in the last two decades.

The challenge of maintaining that momentum — and embracing change in 2018 — has begun.