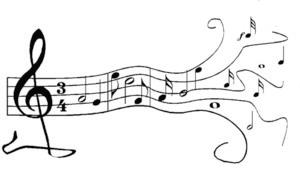 Frosh-O is an experience unlike any other. Revised refrains, repeated greetings and choreographed corniness characterize the freshman’s first few days at Notre Dame. Some freshman orientation traditions, however, may not continue for Domers to come, as the Student Activities Office is implementing stricter mandates on some activities.

This year’s Freshman Orientation weekend limited the dorm serenade tradition strictly to Sunday. Senior Deirdre Harrington, Student Campus Orientation Committee Chairperson says that “there were not to be interhall events before Sunday, so there would be no reason to serenade before then.”

Harrington says that SCOC didn’t want the other planned events to “end up being a free-for-all,” as they had reportedly become in years past.

Freshman Ryan Mackey of Dillon Hall, however, enjoyed the spontaneity and camaraderie that accompanied serenades in contrast to some of the more awkward events.

“It ended up being a great way to meet like-minded people because it was easy to get a sense of who was reserved or outgoing,” he says. “Plus, it felt like more of a chance to meet the girl dorms in a fun way than a weird, forced first date like some other events.”

Junior Erin Clark, Ryan Hall’s Frosh-O Commissioner says that SAO could be difficult to work with at times when it came to the serenades and that administrators were particularly strict when approving serenades.

Harrington says there is a fine line between pushing freshmen out of their comfort zone in a healthy way — a process vital to Frosh-O in order to “open [the freshmen] up to experience new things they may not have thought they would enjoy” — and approaching a student’s so-called “panic zone,” characterized by discomfort to the point of anxiety. In order to avoid this panic zone, Harrington and the SCOC added extra emphasis to some of the serenade rules, such as prohibiting physical contact or the singling out of any individual.

Clark says that although she appreciated SAO’s concern for the “8 percent of students who express discomfort every year by the serenade tradition,” she felt as if some of the rules that were implemented were arbitrary.

One example Clark gave was a rule SAO made regarding Domerfest. SAO told Frosh-O commissioners not to walk to Domerfest with a dorm of the opposite sex due to construction at the Stepan Center. When Domerfest changed locations, however, the rule did not change.

“I felt as if they used it as an excuse to diminish the role that serenades played in Frosh-O,” she says.

“The way that Notre Dame residence halls are structured provides a huge roadblock to breaking down the heternormativity of our orientation,” Harrington says. “However, I tried to stress to the Frosh-O Commissioners that staying away from romantic ideals or stereotypes about Frosh-O weekend is vital to welcome everyone into the Notre Dame family.”

Dr. Hugh Page, Dean of Undergraduate Studies, says that the ultimate goals of the weekend are to “strengthen community in residence halls, allow individual autonomy in building social networks and foster an environment in which student bonding evolves more organically” so that the University can uphold its commitment to “build an open and inclusive campus environment in which human dignity is fully affirmed.”