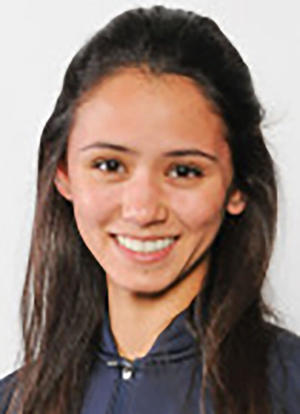 Notre Dame is one of the few institutions where the level of its athletic programs match that of its exceptional academics. Often, when people think of Notre Dame athletics, they think of football. As a result, many unfortunately overlook the sheer amount of other immensely talented Irish athletes, some of whom are doing truly extraordinary things. Perhaps one of the best examples of this is Notre Dame senior fencer Lee Kiefer. With the foil, her weapon of choice, Kiefer has won four straight individual NCAA Fencing National Championships, a feat which has not been accomplished since the 1970s. Kiefer was also instrumental in helping Irish Fencing program win the overall 2017 NCAA National Championship this past season.

Kiefer has been named a First Team All-American in every season she has fenced for the Irish, as well as being named ACC Women’s Foilist of the Year in 2015. She also represented the United States in two different Olympic Games (2012, 2016), finishing fifth overall in London and falling in the Round of Sixteen in Rio.

Kiefer is also a true student athlete. When not on the piste Kiefer pursues her studies as a pre-medical student. As a junior, she was named the 2015 ACC Women’s Fencing Scholar-Athlete of the Year as well as a First Team Capital One Academic All-American. All of this comes while being possibly the most decorated athlete in Notre Dame history. Sword in hand, there is seemingly nothing Lee Kiefer cannot do. s