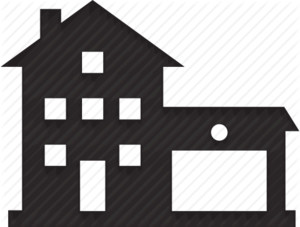 Outside the walls of Notre Dame’s campus, South Bend is suffering a crisis. The city’s eviction rate is 6.71 percent — almost three times the national average.

The eviction crisis is multifaceted, but stems from the fundamental issue of a lack of affordable housing for people of low socioeconomic status. While renting property would normally assuage this problem, rental properties are just as costly in South Bend. Tenants have to spend a sizable portion of their income on housing, leaving little left over for other expenditures.

Many South Bend properties are barely, or not at all, habitable, and tenants already wrung dry are unable to spend the money needed to fix the damage. They face a myriad of problems, from dysfunctional electrical, heating and water systems to mold and lead, which pose serious hazards to health. In these situations, tenants normally turn to their landlords for help.

In Indiana, however, tenant-landlord laws do not offer adequate means of protection for renters. In other states tenants have the option of withholding rent in order to urge their landlords to fix any issues, but Indiana state law does not allow for this. If renters try to do so, landlords have the right to evict them. Further exacerbating the conflict, Indiana is one of only six states in the country that allows landlords to evict tenants with an unconditional quit notice, which requires the renter to vacate immediately.

If the tenant decides to pursue his or her rights with a court case, the problems continue to spiral. “It’s just not a good system,” Judith Fox said. Fox, a Clinical Professor of Law at Notre Dame Law School, works directly with tenants that are in conflict with their landlords.

Not only is hiring a lawyer costly, but the court process is time-consuming and can result in even more financial burdens. Renters are often low-income, hourly workers; not reporting for work can result in job loss. Those who forego lawyers are at a disadvantage as well, as they lack the knowledge required to navigate the legal system.

Another measure tenants can take to confront the uninhabitability of their properties is to notify code enforcement, a department which responds to citizen housing complaints. However, some leases include illegal clauses that threaten eviction as retaliation for reaching out to the department.

Some might wonder why tenants fight so hard, risking their jobs and health, for dilapidated homes. The answer is a simple one: there is nowhere else to go, especially if they already have an eviction on their record.

The road to solving this issue lies in the legal system, according to Fox. She suggested that current laws, if they were to be properly enforced, could help. For instance, multiple landlords operate without licenses, illegally renting out properties.

While this enforcement might be the starting point, change in policy is the ultimate goal. On Feb. 18, South Bend has passed an ordinance, the Rental Safety Verification Program (RSVP), which requires all properties to undergo an inspection and obtain a safety certification. This program is especially beneficial because it creates access to information for all parties.

RSVP will make it public knowledge if a property has had longstanding problems, or has been issued a vacate-and-seal warning, an order that deems a premise unlivable. When people enter a lease, they can be assured that the house is habitable. The ordinance also aids landlords, as the certification provides a way to assess any tenant-caused property damage.

Progress is not solely at the discretion of the government; solutions are being put forward by the Notre Dame community as well. The university’s chapter of the Roosevelt Institute, a liberal political advocacy network, is currently working on its own policy proposal regarding Indiana’s landlord- tenant laws. “Notre Dame has a responsibility to deal with South Bend’s eviction crisis because of our Catholic Social Tradition,” Genevieve Redsten, a first-year student involved in the project, said. “If we truly believe in the values we preach, then we need to be good neighbors, and that requires us to ensure that all South Bend residents have a safe and stable place to live.”

The eviction crisis has become a pressing concern in the community. It is not just the tenants that are affected; the long-term cohesion of neighborhoods also suffers. Student performance in school deteriorates, the economy hurts and health languishes. As Fox emphasized, a home is not a commodity: “It’s a basic human right.”