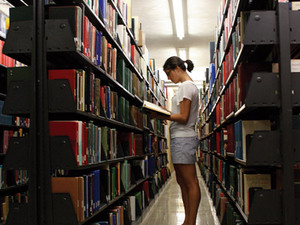 As they stand now, the core curriculum requirements are as follows: two mathematics courses; two science courses; one fine arts or literature course; one history course; one social sciences course; two theology courses; two philosophy courses; one writing and rhetoric course; one university seminar and the Moreau First Year Experience, a two-semester course that replaced the physical education requirement and was implemented with this year’s first-year class.

As spread through a recent email to students, the review committee has just released a draft report of its recommendations. The recommendations do not include the Moreau First Year Experience course, which has been deemed too new to currently review.

The second, “Increased Flexibility,” addresses the lack of flexibility many students being advised to take core classes in their first year, which makes it more difficult to explore various academic departments and options students’ first year.

The third, “More Integration,” calls for core classes that bridge and integrate the academic disciplines.

In light of these goals, the committee has recommended the following as the new set of requirements for the core curriculum, according to the draft report.

There would be six courses in the general liberal arts, with one in the quantitative analysis category, one in the scientific and technical analysis category, and a third chosen from either of the aforementioned two. The second set of these six requirements would have three courses chosen from three of the following five categories: aesthetic analysis, social sciences inquiry, historical analysis, advanced language and culture, and integration.

The next set of requirements concerns the “Catholic dimensions” of the liberal arts. The two theologies would remain a foundational course and a developmental course. The two philosophies would continue with an introductory course and then either an additional philosophy course or a Catholicism and the Disciplines (CAD) course.

Concerning the writing intensive requirements, the first class would remain a university seminar; for the second class, it would be either a writing and rhetoric course or, for students who test out through AP scores, “another writing-intensive course taken in the core, in the student’s major or as an elective.” As a potential significant change, this second course could be an additional university seminar. The Moreau First Year Experience course will retain its status as a requirement.

As for additional recommendations, the committee has recommended that every major program should allow for its students to take at least three free elective courses over the four years for students who come into their first year without any existing course credit. Additionally, its members encourage departments to double count core requirements for major, school and college requirements. And as to the question of standardized test scores, the committee recommends that Notre Dame no longer accept AP credit to test out of core requirements — though they do encourage the continuation of utilizing them for placement purposes, as well as the standard system of departmental and college discretion in their own sets of requirements.

President Rev. John I. Jenkins, C.S.C., and Provost Thomas G. Burish anticipate that the committee’s final report and recommendations will be considered and voted upon by the academic council during the current school year.