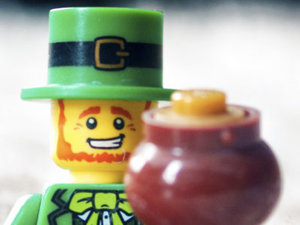 In April of 1944, Scholastic ran a cover story about the university’s then $1,400,000 endowment, calling it, “pitifully meager considering the wide scope, influence, and rating of the University.” Such a description wasn’t unfair, as there were five schools with larger endowments in Indiana at the time.

Today, the endowment pool is valued at over $10 billion and is managed by over 100 people. At the helm is Chief Investment Officer Scott Malpass, a 1984 Notre Dame graduate who’s been CIO for 28 years. Since his hiring, the endowment pool has grown from roughly $450 million to where it is today.

So where does all this money come from, and where does it go? First, it should be noted that this $10 billion pool is actually made up of over 5,500 different smaller endowments. These individual accounts vary widely in purpose, but focus mainly on student financial aid, faculty chairs, academic programs, the library, athletics and many major student organizations. 90 percent of these endowments are restricted to certain areas, meaning that an endowment set up for scholarship aid cannot be spent on biological research.

As far as where the money comes from, there are two main channels: new endowments and investment returns. New funds are set up every year, and the number of new funds each year can vary widely. Investment returns make up the vast majority of growth, and Malpass attributes that to the long-term investment strategy (think Warren Buffet) to which he and the other asset managers stay faithful.

“We do take a much longer perspective than most other investors. Notre Dame is going to be here; it’s not going anywhere,” Malpass says. Malpass is focused on finding high-quality stocks and asset managers that will bring about high market returns in the long run, rather than trading constantly and reacting to every market trend. “We’re not worried about the next year, more the next 20 years,” Malpass says.

Vice President of University Relations Lou Nanni says that each new endowment benefits the student body, whether directly or indirectly. If a coaching position or a rectorship is endowed in a fund, those salaries can be removed from the operating budget of the university. That freed money can then be spent towards financial aid or study abroad programs. “That’s a huge goal of the university: to generate as much money as possible, obviously, to support the students and to support their education,” Nanni says.

The endowment has come a long way since 1944, but Malpass doesn’t want to stop there. “We’re just getting started. I’m young...I want to see 20 billion,” Malpass says.