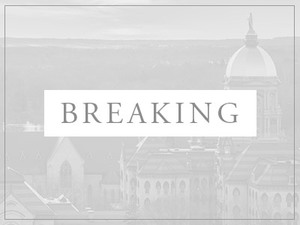 Fonseca and Narimatsu will lose 5 percent — rather than 7 percent — of their votes in the election for student body president and vice president, the committee said.

Senators voted, however, to remove an earlier allegation which implied the candidates violated a rule mandating the disclosure of election material costs.

The now-removed law reads: “Failure to disclose the proper cost of any election materials is a highly serious breach of campaign rules. Penalty shall be forfeiture of candidacy.”

In the event of a runoff, Fonseca and Narimatsu will not be allowed to campaign during the first 24 hours of the campaigning period.

Becca Blais, current candidate for student body president, faced a similar sanction in 2016 when she ran for vice president with Corey Robinson, current student body president; Robinson and Blais conducted an interview with a media outlet prior to the sanctioned campaign period, and were suspended from campaigning from Jan. 29 to Feb. 2.