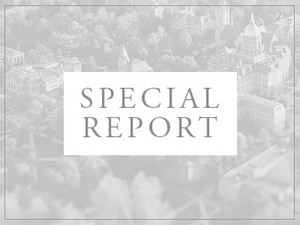 The family of Lisa Yang — the Notre Dame senior who took her own life in 2015 — has sued the University of Notre Dame and the University Counseling Center for negligence, which would allow the family to be awarded the maximum amount of damages, the family’s lawyer, Daniel S. Chamberlain, said Monday.

Chamberlain said he took the case within the final days of the deadline to legally file the lawsuit, and therefore didn’t have time to attempt to settle with the school before filing a public complaint.

He did not give Notre Dame notice to take action, however, so he said the school will have about 60 days to respond.

Chamberlain said Yang repeatedly told the University Counseling Center that she intended to take her own life.

According to the suit, she attempted suicide in July 2014 while in Boston for a summer internship. The center was made aware of the event. She ultimately took her own life and died on March 3, 2015 at Memorial Hospital in South Bend.

University spokesman Dennis Brown said Saturday that the school had no comment.