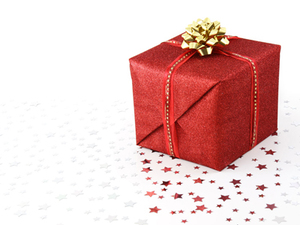 Christmas is right around the corner and finals are looming, but you’ve just realized that you forgot a few people when you were buying Christmas presents. Sure, you meant to cover everyone between Black Friday and Cyber Monday, but you were feeling a little broke. It’s okay, you really needed another pair of Uggs or another video game. I understand, but now that the turkey haze has worn off, you’ve realized that you might hurt a few feelings if you forget anyone. So here is a list of suggestions for just about everyone.

Your freshman year roommate: You don’t talk too much anymore, but your former roomie always says “hi” when you pass each other on your way to the bathroom. To be safe, you should find a good gift. There’s the go-to Starbucks gift card or something from the bookstore, but be original this year. How about a light-up singing duck for non-existent bath time in the dorms? Or due to their thoughtful nature, a squirrel leash would probably be a great gift (squirrel not included). You know your former bestie cohabitator best.

That guy/girl you had a thing with for, like, two and a half weeks: Sure, your time together was short, but you had a real connection. Those were a great two and a half weeks. You still haven’t read those Orgo chapters, but it was worth it. Guys, you ditched her once, so why not buy her some Ben and Jerry’s. You should probably ask her best friend for her favorite flavor because you never got to know her too well. Ladies, now that you’ve found the Notre Dame bro of your dreams, you should probably give what’s-his-name his favorite hoodie back. It costs you virtually nothing, and you no longer have to tell everyone you like your sweatshirts three sizes too big.

Your boyfriend’s roommate: Since you already found the perfect gift for your boyfriend, you should probably get his roommate something. Odds are his roommate won’t remember to get you something, but the poor guy hasn’t found a girl as great as you yet. Why not buy him a bell? They’re cheap, fairly loud, and if he forgets about it in a week, no harm done.

The fourth member of your stats project from last semester who never talked: Clearly this poor fellow loves math, but he’s not the most outspoken guy you’ve ever met. You know he’s got a really awesome calculator, but why not buy him one of those rubber horse heads? It will be a great conversation piece for him at parties.

Your rector’s cat: The best thing for any pet is a pet of its own. And since your rector’s cat doesn’t like people, and you’re allergic to it, why not get it a pet rock. Fluffy can’t kill it, and you can paint it Pinterest style.

Total strangers: Just because you aren’t close with someone doesn’t mean they don’t deserve a gift. There are a lot of options for someone you don’t know super well. Matches are great for lighting grotto candles, since they obviously can’t be used in any of the dorms. In fact, you may want to save a few bucks by going to the grotto and collecting a few of the least used matches. Meet someone who likes hot sauce? Great, take a quick trip to Taco Bell and pick up some of the fire sauce packets. Napkins are also a great idea. Write some inspirational messages and distribute them to anyone eating in the library.

Fair Catch Corby: He may be a statue, but that doesn’t mean he doesn’t get cold. Why not buy him a hat and some mittens? His poor fingers must be frozen stiff after signaling a fair catch all these years.

Father Jenkins: You pay a lot of money to be here, but that’s no reason to forget President Jenkins. The alums write to him all the time, so why not send him a Christmas card? Even better, ask your friends to write cards to him too. You can all tell him about how excited your siblings are that they won’t have to sit through your graduation. And while you’re at it, you can thank him for helping you get an early start on your 2015 fitness goals. Those nice brisk walks to class from the parking lot by Compton are a refreshing way to start your mornings.

Santa Claus: The poor man has 24 hours to round the globe, and all you ever leave him are cookies and milk. Why not try something new this year? Satellite radio would probably be great during his intercontinental flight. But if you’re determined to give him food, why not make him a nice kale smoothie? (I’m sure Mrs. Claus wouldn’t mind if Santa ate a few more greens.) The reindeer might enjoy their own smoothies too.

That NDSP officer who writes you parking tickets: It’s not your fault there’s nowhere to park on campus anymore. And since you value your education, it’s only logical you park your car somewhere that enables you to get to class on time. So why not leave him a little something the next time you think he’ll leave you a ticket? Coal might be a little hard to get your hands on, but there are plenty of traffic cones around! You can even leave him a nice little message with instructions on where he can put your next ticket.

Mariah Carey: All she wants for Christmas is you. Easy! And you can cross ‘give of yourself’ this holiday season off your list.