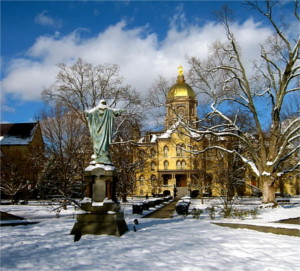 Today was my first day on TV! It was such a rush to be in front of the camera. The green screen was pretty cool, too.

All my coworkers seem nice. They were very welcoming and congratulated me on my first weather predictions. I have to admit, it was pretty easy. It is going to be sunny all week.

It would have been a perfect day, except for this one weird thing. No one will tell me what happened to the last weatherman, Walt. I wouldn’t have even asked, but he left some of his things behind in my desk. I just wanted to know was how to get in contact with him, but every time I brought up his name, people changed the subject. I wonder what happened to him?

Things are still going well at work. My predictions have been solid, with the exception of the rainstorm incident. I don’t understand how I didn’t see the thunderstorm coming. Everything pointed to clear skies, but then BAM! There was a massive thunderstorm! I’m thinking there might have been a glitch with my computer, but it has worked beautifully ever since.

I finally discovered what happened to Walt. One of the cameramen and I got to talking, and I managed to coax it out of him. I guess the poor guy had a nervous breakdown and quit his job. I asked what caused the breakdown, and the cameraman just looked at me with pity in his eyes. “You’ll find out soon enough,” he told me.

I’ll admit, I don’t like the sound of that. Not one bit.

I don’t understand it! It was supposed to be grey skies with a few scattered showers. Every machine confirmed it. Even a glance out the window proved I was right! But you know what today’s weather was? Hail, a torrential downpour of rain, and then the sun showed up out of nowhere! And that all happened in twenty minutes. I thought I was ready for this job, but maybe not. I just can’t understand how the weather changes so fast!

Ok, deep breath. I’ll figure this out. I know I can do this. I just have to try harder, that’s all.

Every prediction I’ve made has been wrong! I just don’t understand!  Yesterday, we saw all four seasons in one day! How is that even possible?

I’ve been fighting the South Bend weather with everything I have. I’ve used every trick in the book, everything I’ve ever been taught, but it’s not enough! How do you predict something that doesn’t follow the laws of nature? I don’t even know how to get dressed in the mornings anymore! I wake up and see clear skies. By the time I’ve reached the front door, it’s raining. I go back for an umbrella and find that the rain has turned to snow.

I understand why Walt had a breakdown. People think being a meteorologist is easy. “Just look out the window,” they say. But it’s not that easy! Not here!

I don’t know what to do.

I was close to quitting last time I wrote, but I think I can do this. Winter has given me a chance to regroup. And when the spring comes…well, I’ll figure it out.

It can’t be that bad, right?