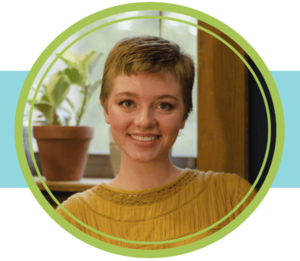 Anne Jarrett, sporting a cropped haircut and a tattoo of a knife on their right arm, carries a loose piece of notebook paper filled with plans for the upcoming year. One of those plans includes putting free menstrual products in all buildings on campus.

“Toilet paper’s free. Seems like that should be free too,” they said.

Jarret, who uses both she and they pronouns, was confirmed as the director of gender relations for the executive cabinet of student government on April 15. A senior majoring in gender studies and philosophy, they have been an outspoken advocate for issues related to sexuality and gender during their time at Notre Dame.

Last March, Jarrett made a splash on campus when they helped organize a protest in response to a controversial letter to the editor in The Observer. The letter, entitled “The legging problem,” urged Notre Dame women to stop wearing their leggings and opt for less revealing clothing.

Jarrett is a member of a campus advocacy group called Irish 4 Reproductive Health (I4RH). As Jarrett and their fellow I4RH members watched women speak out against the article online, they decided to take action.

“We all read the leggings article and laughed it off,” Jarrett recalled. “And then an hour or two later, I noticed that Notre Dame women were posting about it on their Instagram stories or tweeting about it, and so we thought, ‘this seems to have some sort of social leverage if we take this right now, we could probably do something with it.’”

I4RH created a Facebook event calling on people of all genders to wear leggings and post photos of themselves on social media. To Jarrett’s surprise, the movement quickly went viral on social media, catching the attention of national news organizations. Online trolls targeted Jarrett in the resulting coverage and sexually harrassed Jarrett on social media.

“Seeing a viral campaign from the beginning to the end, all the ins and outs and ugliness of it, I wasn’t ready for it and I wasn’t expecting it,”

Jarrett said.
During this time,

Jarrett was being considered for the gender relations position in the 2019-2020 student government executive cabinet.

“Annie is dedicated and hardworking,” Student Body President Elizabeth Boyle said. “We knew that they would be an excellent advocate for students on campus and provide insight into struggles students might be

having.”
But many student senators were skeptical of Jarrett, who has publicly

criticized the Catholic Church for its treatment of women and the LGBTQ community.

“When Pat and Elizabeth got elected, I think a lot of people knew [Jarrett] was going to be nominated,” Fisher Hall senator DC Morris said. “I was one of only two [senators] who spoke up, but this was a big deal to the more religious, conservative, Catholic clubs here at Notre Dame.”

The senators read several of Jarrett’s old tweets aloud during their confirmation hearing, arguing that the tweets should be disqualifying. One such tweet read, “The only thing this has taught me is that men are gross and they don’t deserve opinions ...”

Jarrett defended the comments, explaining that the tweet had been a response to the harassment they faced after the Leggings Pride Day story broke.

Although the senate ultimately confirmed Jarrett, Boyle said she was disappointed by the contentious nature of the hearing.

“What happened [at the confirmation] was unfortunate,” Boyle said. “After everything that happened, we were able to clarify what language was and was not appropriate and attempt to foster a more inclusive and understanding working relationship going forward.”

The confirmation hearing itself received extensive coverage. In response to an article in The College Fix, readers left aggressive comments, almost exclusively berating and threatening Jarrett.

“That was a dark time in my life,” Jarrett said.

Now, however, Jarrett says most of the controversy has blown over and they look forward to a positive relationship with the student senate.

“The senators are good people with the university’s best intentions at heart. I firmly believe that.”

Jarrett has a long list of goals for the coming year. Some of those include helping to organize the third-annual Global GLBTQ+ film festival and GreenDotcertifyingSouthBendbartenders.Jarrettalsohopestokickstart S-O-SAdvocacytraining,aprogramwhichtrainsvolunteersonhowto inform survivors of sexual abuse/assault and domestic violence of their medication options and provide support at area hospitals.

One of Jarrett’s most ambitious goals is to change the wording of the du Lac non-discrimination clause to include prohibiting discrimination against sexual orientation and gender identity.

With graduation around the corner, Jarrett plans to bring their advocacy closer to home in Missouri.

“There is currently one Planned Parenthood and they are the last provider of abortions left in Missouri,” Jarret explained. “I can’t get a degree in philosophy and gender studies and not go back home and try to fight for the rights of people who need abortions or medical care. It’s going to pull me back in. I want to be there. I want to be doing something.”