The connection between the Notre Dame and Washington University men’s soccer teams runs deeper than being side-by-side near the top of the national rankings. Father-son coaching duo Bobby and Jamie Clark lead the Irish and Huskies, respectively, and both teams are poised to make a run in the 2014 NCAA tournament.

The Irish are currently ranked No. 4 in the NCAA Coaches Poll, just behind the Huskies at No. 3. Despite their proximity in the rankings, the two coaches are not thinking about a potential NCAA tournament face-off yet.

“One thing I would say is, if [we] did lose [to Washington] — after the initial disappointment — there would be at least a little satisfaction that someone you know, like and respect beat you,” Bobby says.

Soccer runs deep in the Clark family. Bobby played professionally in Scotland for 17 years before coaching for the past 31 years. Jamie played at Stanford and enjoyed an MLS stint before his coaching career began. Bobby’s other son Tommy played at Dartmouth and professionally abroad before founding Grassroot Soccer, an organization that aims to use soccer to stop the spread of HIV/AIDS in Africa. Bobby’s daughter Jennifer is currently an assistant coach at Castleton College. Finally, Bobby’s wife Bette has watched more soccer than any of the other family members. She is a constant presence at her children’s and husband’s games.

Bobby was fortunate enough to coach both of his sons in college, and one of his most rewarding experiences was coaching Jamie to All-American recognition at Stanford.

In 1996, Jamie completed his transfer from North Carolina to Stanford to play for his father.

“If you come to play for Dad,” Bobby would say to Jamie and Tommy, “you have to be really good. If there’s any doubt, I can’t put you in.”

A month into their first season together, Bobby learned that a couple of players remained unaware of his relationship with Jamie. He attributed this as much to his impartiality and consistency in running a team as to their differing accents — Bobby speaks with a Scottish accent, while Jamie has a standard American accent.

Although their voices may sound different, Jamie echoes his father in the way he runs a college program and develops his players.

“Team culture is paramount,” Jamie says. “My father spends countless hours with players establishing a state of mind and always understands the pulse of his team.” 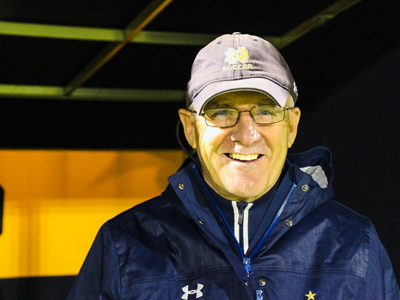 Bobby and Jamie both say that soccer is a game with little margin for error, where details and mere inches can mean the difference between a championship season and just another solid record. It is therefore vital to build a team system that can continually pencil in 12-win regular seasons and give itself a chance to rise to the top in postseason play.

The 2013 season for Notre Dame was one of those dream seasons, as the Irish went 17-1-6 and won the NCAA Championship.

Yet Bobby has kept his focus on consistency and moving forward.

“Most guys got over the win pretty quickly. I always say it’s what you do today that’s really important, not what you did yesterday. If you don’t do well today, tomorrow won’t be very good either — you have to show up ready to work every day,” Bobby says.

This mantra has led to success wherever Bobby has gone. He began his college coaching career by leading Dartmouth to annual Ivy League and even NCAA Tournament success. He then proceeded to turn a struggling Stanford program into a prominent national player before entering his period of prolonged success at Notre Dame.

Jamie views his father’s success as providing a springboard for his career, rather than casting a shadow.

“I’m privileged because a lot of doors have been opened due to my father’s success and reputation, and I am forever grateful for that. But I’m not following. I have my own team, and my sole focus is on their development and success,” he says.

“Jamie always had a mind of his own. He didn’t always do what [I] told him,” Bobby says.

Jamie’s coaching style has paid immediate dividends for the Huskies. Washington missed the NCAA tournament for three straight years before Jamie was hired after making it eleven of the previous thirteen years. He has already led the team back during his second and third seasons.

Jamie utilizes different tactics and faces a separate set of expectations and challenges, but the underlying tenets of consistency and personal growth that Bobby espouses have helped lay a foundation for success.

“I have learned from my father through osmosis, not consciously. I pick up little things about how successful teams behave, and it becomes an expectation,” Jamie says.

Bobby’s mindset is infectious and is spreading nationally through his former assistant coaches. Jamie was an assistant under Bobby during the 2006 and 2007 seasons. The other assistant coaches under Bobby Clark at the time — Brian Wiese, Chad Riley and Mike Avery — form an impressive coaching tree. Wiese has turned Georgetown into an annual title contender. Riley, Head Coach at Dartmouth, is working to return the program to the level of excellence Bobby once established there. Lastly, Avery is showing signs of turning around the Valparaiso soccer program.

The Clarks are helping to usher in a new era of consistency and quality in college soccer. 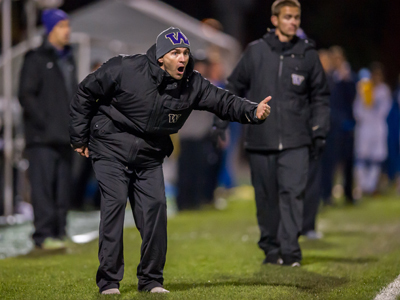 The U.S. college soccer system has come under fire recently, from many — including U.S. Men’s National Team Head Coach Jurgen Klinsmann — who look to the international club system and believe it produces superior players. Bobby and Jamie, however, passionately support college soccer.

“College soccer grows people. You end up with educated, well-meaning teammates. The club system is about being selfish for the most part. College soccer is selfless and teaches players to act for the team,” Jamie says.

“The college system is fantastic, no other country has it — why should we look to other systems?” Bobby says. “I invite Jurgen [Klinsmann] to take a week and actually take a close look at what we do here. In my 30 years being in America, the standard of coaching has improved so much. College players now have excellent exposure to a great standard of soccer.”

Bobby and Jamie both aim to consistently promote holistic development of players, while remaining flexible in tailoring their system to the particular group of young men they coach each season.

“The aim for any program is to challenge for a championship every year, but some years it might not work out due to injuries, players cycling… so the challenge is to make that team as good as it can be.” Bobby says.

The next few weeks will show whether it will be a championship year for either Bobby or Jamie. Though neither coach is thinking about a potential tournament matchup yet, the possibility remains.

“That game would show who [my wife] really loves,” Bobby says. “And I’m afraid I know the answer to that one.”