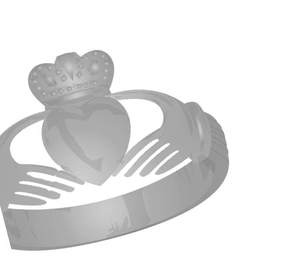 I’m a freshman and I’m pretty sure Patrick, this guy I met at Domerfest who asked me to write my number on his shirt in Sharpie, is my soulmate. The problem is, I’m still dating my high school boyfriend, Kevin. How can I break up with him so I can start dating this more affluent (or at least Catholic) man?

No matter how beautiful your Walmart promise ring is or how many throwback pictures of your Gatsby-themed prom you share on Instagram, most young loves will fade slowly and painfully. Caitey, I want to help you avoid drawn out misery by instead violently burning your relationship to the ground. There are several key types of freshman breakups. The first involves text or Snapchat (don’t deliver the news in a group chat). This style of breakup gets a bad rap as being “impersonal” and “taking the easy way out.” This perception is probably because, in addition to both of those things, it’s a cheap escape for cowards.

Are you a coward, Kaytie? Are you?

If yes, go for it. If not, you can pursue a slightly braver non-IRL breakup with a terse and chilly phone call riddled with clichés. However, if you want to see Kevin’s tears and savor them as they stream down his increasingly blotchy face, try FaceTime or Skype.

A long distance breakup is convenient and lets you avoid a fallout, but my preferred breakup option is to “quit cold turkey.” Most schools don’t have a fall break like Notre Dame, so the first time you and Kevin will both be home is likely going to be Thanksgiving. Depending on the effect you’re going for, you can break his heart either before or after his family’s celebration.

If you dump him before, the first thing he’ll tell his extended family is that he’s been dumped harder than British-imported tea. The benefit to this method is that there’s a convenient opportunity for him to eat his feelings. Alternatively, if you end things after the feast, he escapes the embarrassment (for now), but has less time to recover before returning to school.

Congrats on being newly single, Qaitiey! Don’t forget to turn your claddagh ring out for the three days between dumping Kevin and becoming Facebook official with Patrick.